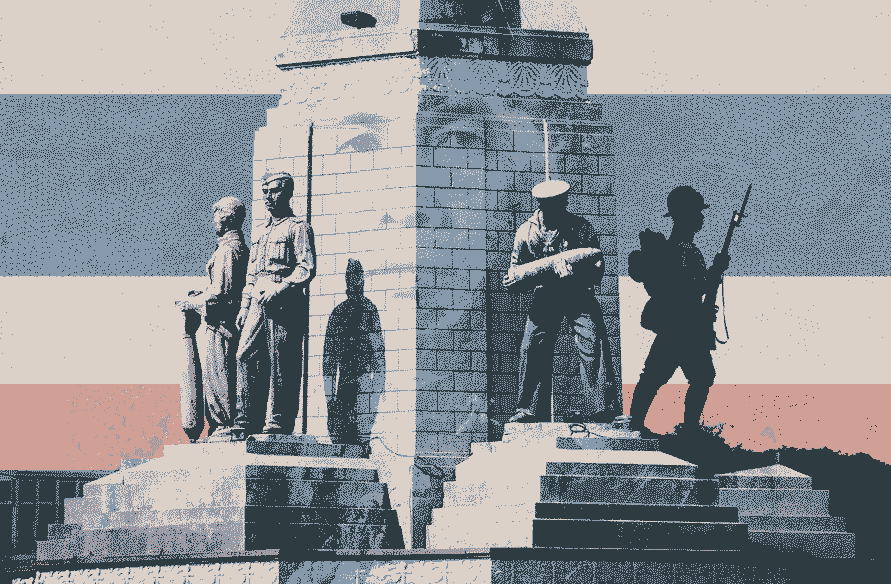 An examination of Thailand’s internal ‘auto-imperialism’, how the state works to capture populations on the fringes of the kingdom and put them to use for the nation’s imperial core. Exploring the roots, history and present day effects of Thai ‘auto-imperialism’.

Walking through a Lisu village in the far northernmost reaches of Thailand we come across the village headman’s house, adorned atop are two flags; the red, white and blue of the Thai state and the yellow of the monarchy. The headman himself, from the Lisu ethnic minority, is not Thai. Nobody in this village is. Yet they fly Thai flags over the leader’s house. It’s reminiscent of nearby Burma, just a few kilometres away, where the British flag once flew.

Imperialism and Colonialism have many faces, most famously the British model of the 17th to 20th century alongside other European powers, the legacy of which remains potent today. There’s also the more contemporary American model, which doesn’t explicitly take land and form colonies in the style of the former, but still utilises both soft and hard power to subjugate countries and peoples. However, imperialism was never strictly confined to the West. Japan’s imperial empire was vast, malicious and remarkably similar to its European adversaries in its aims and functions. We also have a multitude of examples of localised imperialism; states which practice almost identical methods of subjugation but on a far more local scale, and it is here we find Thailand. 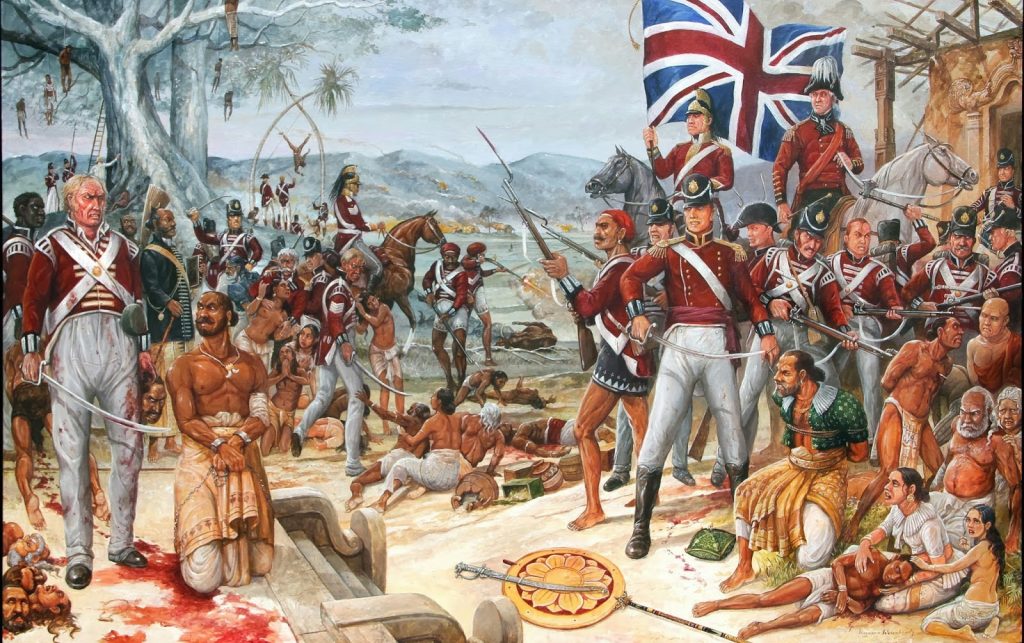 In postcolonial studies and critical theory, Antonio Gramsci coined the term subaltern, which designates the colonial populations who are socially, politically, and geographically outside the hierarchy of power of a colony, and of the empire’s geographical homeland. As such within Thailand the subaltern peoples can be considered to be the ethnic minorities of the northern hills, the ethnic Malay Muslims of the deep south, and the huge Isaan region, which makes up over 30% of the population for the entire kingdom, while the central Thai planes constitute the imperial core of Thai power, both culturally and politically, centralised in Bangkok. 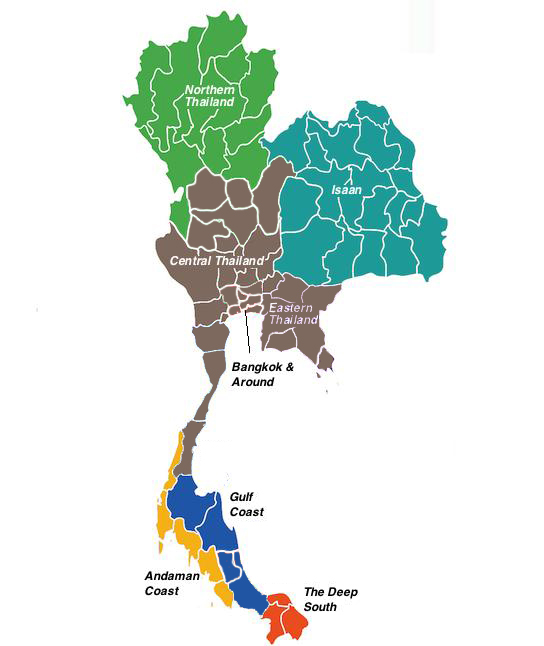 Thailand’s evasion of Western colonisation is often heralded in the kingdom as a miraculous feat of ingenious diplomacy, whereby kings Mongkut and Chulalongkorn saved Siam from the Western imperialists. However, in hindsight, we can assess that much of this is due to sheer luck and the importance of healthy economic relations and a political buffer zone between the British and the French colonies, but that’s an article for another time. The end result was that Thailand was free to continue its feudal practices unabated and went on to expand its control into lands untouched by the Western powers. However, during this era the state was relatively weak and unable to influence its outer reaches— rendering those residing outside of the state’s influence as the remaining subaltern peoples, some of which remain subaltern to this day.

In 1932, the Siamese Revolution pushed the country towards a semblance of ‘democracy’, however military figures have repeatedly asserted their control over the state, through coups, aggressive diplomacy and the threat and occasional use of mass violence to control restive populations. Plaek Phibunsongkhram rose to power when he was handed the premiership and leadership of the military from Phot Phahonyothin in 1938— Phahonyothin conducted Thailand’s first successful coup against an incumbent Prime Minister. Phahonyothin admired Mussolini’s Italian Fascism as did Phibun. This led to an intentional design of Thailand’s governing systems as an imperialist and fascist state based on what Phibun saw during his time spent in Europe in the 1920s.

Phibun introduced the cultural mandate system, which was aimed at homogenising Thailand into ‘central Thai’ culture, the culture of those at the imperial core, in an explicitly fascist method aimed at entrapping the subaltern peoples on the fringes of the state, this was known as Thai’ification and it exists as one of the methods of Thailand’s state-sanctioned racism. Phibun’s tenure as Premier included conducting a war on French Indochina to reclaim territory once ceded by Siam to French colonial forces. His farcical invasion took place while WWII raged and the Japanese empire rapidly expanded across Asia, that very year when the imperial Japanese army arrived on Thailand’s doorstep Phibun’s Thailand capitulated immediately. The Japanese, new rulers of the region, then demanded that the desired Indochinese territories be handed over by France to Thailand as a reward for Thailand’s submissiveness to their new Japanese overlords.

Phibun then took his obsession with euro-fascism to an almost farcical level in building the Victory Monument, a monument to this ‘victory’ against French Indochina. The monument itself was designed similarly to monuments and buildings commissioned under both Hitler and Mussolini— thus receiving the name ‘fascist architecture’. The Victory Monument still stands today, its importance even translated into a BTS (sky train) station, but aside from this obvious celebration of Thai fascism, the subtler influences of Phibun and the fascistic military class are still prevalent. This is where the structure of modern Thailand has its roots.

Mass Violence by the state

Much of the mass violence at the hands of the state have been carried out against Subaltern Isaan peoples, who for as long as Isaan people have had an identity it has been one of domination by the Thai state. Originally the Isaan region, a large chunk of North-Eastern Thailand, was an inhospitable jungle/swamp area, however, the Siamese state wanted to make use of the land and as such a mass forced population transfer of Lao people to Isaan took place starting in 1827. Forced population transfer was a technique also used widely by the European colonial states. However, as much as the state tried to control them, the new Isaan’ers proved an extremely restless population, with numerous peasant uprisings, holding onto their Lao language and practices to this day, they have yet to truly assimilate into mainstream Thai society.

Most notably during the 20th century, there was a large-scale revolt, in the form of the communist insurgency that gripped the region from the 1950s until an armistice in 1984. The vast majority of communist cadres were Isaan’ers rebelling against the Thai state. Since the armistice, however, the people of Isaan have continued to revolt unabated, into the 21st century, in the form of the red shirt movement, a predominantly Isaan based group of populists originally centred around former prime minister Thaksin Shinawatra— considered a hero by many Isaaners. The repression of the redshirt movement has been brutal and is on-going to this day. It has been covered in great detail in a series of articles by The Isaan Record.

However, Isaan is far from the only victim of Thailand’s ‘auto-imperialism’. As mentioned in the intro, in the far north of the country a diverse plethora of ethnic minority groups dot the mountains who are also the victims of ‘auto-imperialism’. For centuries the state was unable to penetrate the far reaches of the mountains, as such those who lived there were free of state control and oversight. The anthropologist James C. Scott argues that these residents made a conscious decision to flee there in order to escape state control. However once clear borders were drawn, Siam and then Thailand considered it a mandate to make those within their borders ‘useful’ or ‘productive’ members of the state. We have previously covered this in the article Nationalism and Anti-Statehood in Thailand. 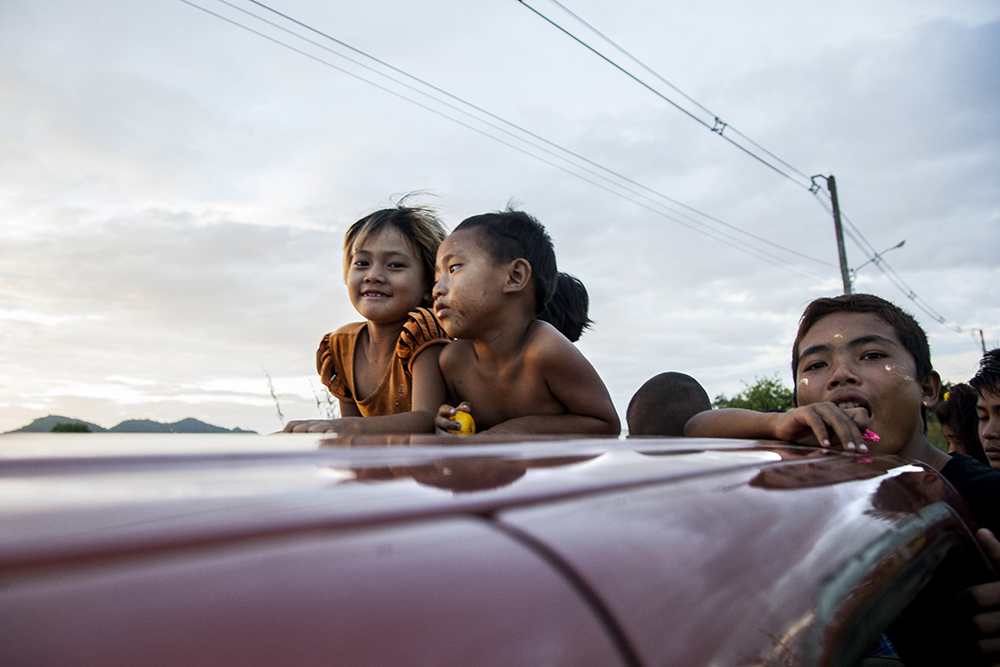 Border Expansion in the deep south

The Thai state carries out a very similar practice in the deep south provinces of Narathiwat, Yala and Pattani, along the Malay border. The region was captured by Siam and it’s ownership of the territories were ratified by the British in 1912. However the vast majority, of the population are Malay Muslims and, as with many northern provinces, there is little to no history of Thai people living in these areas.

Since around 2004 the 3 provinces, as well as a few districts in Songkla province, have been in near open revolt against the Thai state. The local grievances predominantly revolve around Thai state-mandated schools and government institutions, as the locals would rather live under Sharia (Islamic) law. A small number of closely affiliated armed rebel groups have since conducted bombing campaigns and attacks on targets seen as symbolic of the Thai state. Notably, military barracks’/checkpoints, government offices and even state schools, targeting teachers brought in to teach the Thai state curriculum. Today there is a heavy military presence throughout these southern states, the area feels like it’s under military occupation and in many ways it is.

The demands from the bulk of the locals and the rebels are fairly tame, few call for true secession, mostly the demands are for partially localised governance and independent schools. The Thai state’s inflexibility to these demands highlights its inflexibility in its nationalist and imperialist outlook, wherein the governing powers in Bangkok see anything within the clearly defined Thai borders as their own property, including those people on the outer reaches. 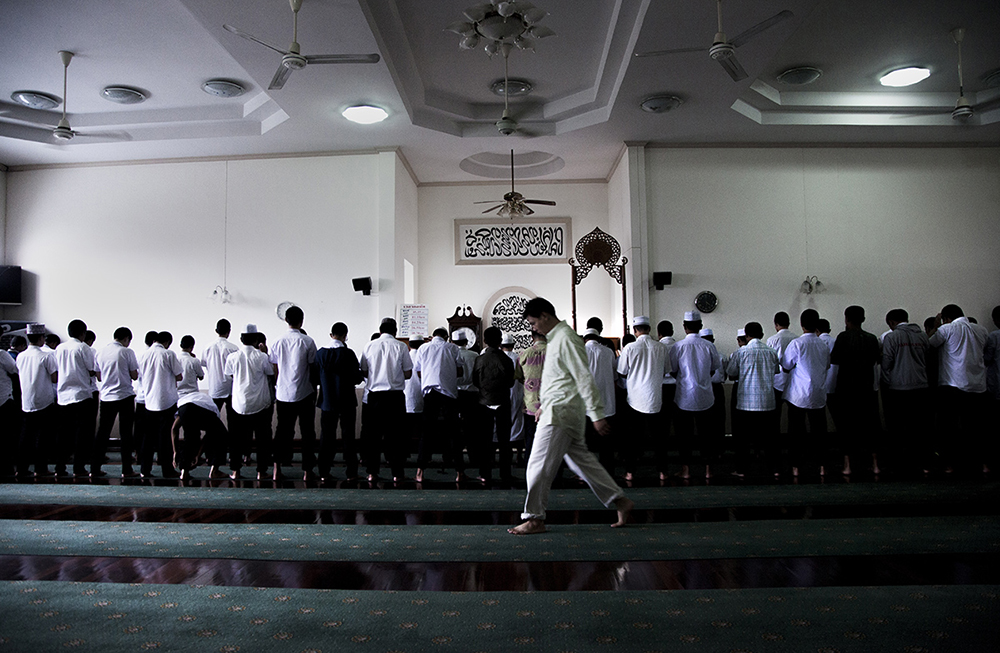 Malay Muslims in Thailand at prayer

From observing how the Thai state treats its people in a similar way as it treats its territory it is clear that ‘auto-imperialism’ is one of the key drivers for the kingdom. The purpose of all this is to ‘capture’ these people and make them productive towards the imperial ‘central Thai’ core, as was exactly the same driver behind Western imperialism and colonialism.

While much of European colonialism is now becoming confined to history, Thai expansionism is very much alive, as the restive populations continue to attempt to evade capture, be they in Isaan, the north, the deep south or elsewhere. The Thai state is still firmly rooted in its founding traditions of fascism, expansionism and loyalty to its imperial core, focused on expanding Thai hegemony as far as is possible in the 21st century.

Ethnicity, Borders, and the Grassroots Interface with the State: Studies on Southeast Asia in Honor of Charles F. Keyes by John A. Marston, 2014 Silkworm Books

The Art of Not Being Governed: An Anarchist History of Upland Southeast Asia by James C. Scott, 2009 Yale University Press