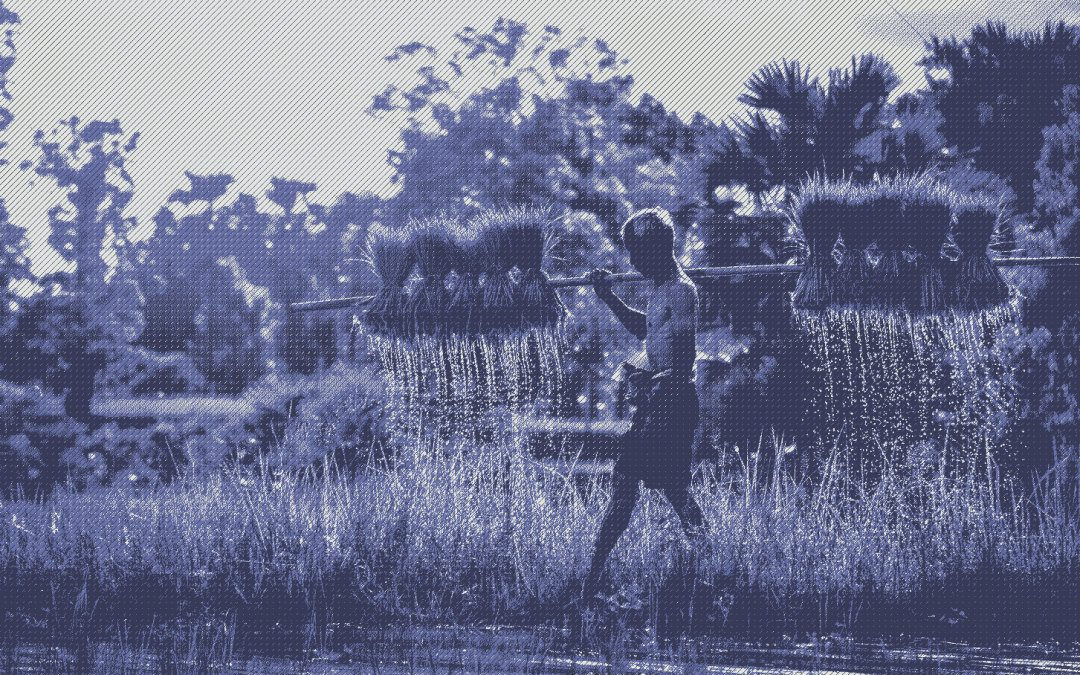 How leftist Thai folk radicalised a generation and continues to inspire today.

Deep in the forested mountains in Thailand’s north eastern Phetchabun province on the edge of the Isaan region, on the corner of a bend in the road, sits a small car park with a few deserted market stalls. Getting out the car we walk for a few minutes through the trees to find a rusted old bulldozer among a small cluster of dilapidated wooden huts.

This encampment is one of the only remnants of the communist insurgency which once raged across these hills. The thirty-year conflict brought both farmers and student intellectuals into the wild to fight together against the Thai state. After somberly wandering around the site we get back in our car. Turning on the ignition, the speakers blare Plerng Chiwit, translated as Music For Life, a genre of Thai leftist folk music written in these hills for the rebellion.

The soft guitar and haunting vocals ring out: “He died in the outskirts of a jungle. His red blood spilled all over Isaan soil. It’s red colour will last forever. He died worthless, but his name lives on. People asked about him, craving to know more about Jit Phumisak. A philosopher and author who lit the candle for common people.”

His name lives on

The song by the legendary Thai band Caravan recounts the life of Jit Phumisak, an intellectual and communist insurgent who, after writing his seminal history of the Thai state from a Marxist historical materialist perspective, was jailed for 6 years. Shortly after his release, he joined the communist insurgency in 1965 only to be killed a year later. Long after his death Phumisaks name lives on alongside his academic work and poetry, much of it written in prison.

In a dusty room at the back of the Thai Labour Museum in Bangkok, Jit’s pin (A lute like instrument) sits behind glass, next to a portrait of a young Phumisak, immortalising him as one of the heroes of working people. Opposite from Jit is the guitar belonging to Nga Caravan, the group’s lead singer, peppered with leftist stickers. The ties between Plerng Chiwit and the labour movement run deep.

“When I was young, my father would play Caravan on the way to school in the mornings,” Mean, a 26 year old medical student tells me in the northern city of Chiang Mai, “I didn’t really understand it, but the music’s message stayed with me: About inequality, the suffering of the poor and collective action. They laid the foundations in my mind.” Mean, who now identifies as a communist, says if there was another insurgency he wouldn’t hesitate to join.

This was the case with almost every young leftist I spoke to researching this article, Caravan repeatedly came up as a radicalising influence as well as the work of Jit Phumisak. Kay, 25 another leftist told me “We used to have the old Plerng Chiwit cassette tapes at home, I would listen to them when I was a young teenager and they really inspired me.” One eighteen-year-old radical I spoke to even had Caravan as his ringtone.

In 1982, the Thai communist insurgency was over. It was a vicious and bloody war, with two decades of fighting primarily in the mountainous areas of northeastern Thailand. It all began when the rural peasants rose up in the 1960s with support from Vietnamese and Laos communist cadres funded by the Chinese government. In the 1970s, the movement was bolstered by a mass influx of radical middle class student volunteers fleeing persecution in Bangkok following the 1975 student massacre at Thammasat University. This included the members of the band Caravan, as well as many other musicians, poets and artists.

Speaking to one local in a remote village in Nan province, another insurgent hotspot, he told me the rebel musicians would be warmly welcomed by the locals when passing through. “Nga Caravan [the frontman of the band] would come through here. Many of the artists did. They used to hold small concerts for us. They would have a guitar and maybe a few other instruments and their voices. It really lifted the spirits of the local people.”

At its height in the late 1970s, the insurgency was considered a serious threat to the kingdom’s sovereignty. However, after the Chinese and Vietnamese governments stopped supporting the campaign, the movement began to fizzle out, and an amnesty deal in 1982 brought the fighters out of the forest and back into civilian life. Since then communism has become a niche ideology in the kingdom, with many of the former cadres giving up on Marxism and settling into the liberal coup ridden politics of the Thai state.

The history of the insurgency is largely confined to academia, much of it inaccessible or unappealing to the average young person. Nevertheless, the music remains popular, particularly the works of Caravan.

One song in particular is considered the anthem to the rebellion, the seminal ‘Kon Gap Kwai’ (Man With Buffalo) by Caravan. The track, featuring traditional North Eastern instruments, artfully tells the tale of the symbiosis between farmer and buffalo—the everyday life of a poor peasant—before a call to arms against the Thai ruling elite.

“Come, let’s go now. Carry our plows and guns to the fields. Poverty and weariness endured for too long. Bitter tears held back for too long

“Here is the song of death, the death of our humanity. The rich eat our labor, set one against the other, as we peasants sink deeper in debt. They call us savages, we must destroy this system.”

The lyrics to the song remain well known across Isaan and particularly among farmers. Speaking to Somkhit Singsong, the original writer of Kon Gap Kwai, he told me, “The song and this kind of music remains popular today because ever since I wrote it the conditions for Thai people haven’t changed.”

Somkhit, who also wrote several novels, short stories, and poems, is now an elderly man living on a farm in the northeastern Khon Kaen province. He penned the legendary track for Caravan around 45 years ago while he was a student in Bangkok. At the time, his rural Isaan background made him an exception in the mostly middle class world of urban university students. “After I wrote Kon Gap Kwai, I travelled home to visit my family. When I came back to Bangkok, the song was everywhere, it spread so fast. Not only with students but everyone was playing the song on protests and on strikes,” he tells me. “I think it was so popular because the content and form of the song is really easy to understand. People can relate to it, it penetrates their hearts.”

Somkhit didn’t stay in Bangkok to graduate, he dropped out of university to head back to his home village in Khon Kaen. There he joined the central committee for the Socialist Party of Thailand, rather than the more popular Communist Party of Thailand. It was in 1976 that Somkhit was finally driven to join the Communist Party insurgents in the forests. There he said he was a representative of the Socialist Party, a distinction he is keen to reinforce to this day. He still maintains he was never really a communist guerrilla but, either way, he spent five years in the forests with the insurgents fighting the Thai state.

As for the current state of Thai music, Somkhit see’s little revolutionary messages in them. “I don’t like any new bands because they never play political songs. Today music is for entertainment only, not solidarity. Maybe in the future it will happen, I’m optimistic,” he says. “I know my music is still popular because I can search it on Youtube and Facebook. It still connects. I have over 6,000 Facebook followers! But really people still connect to the music because after the revolution failed, everything has stayed the same.”

This article was originally published on New Bloom Magazine
This is a re-post with the authors permission.